Established in 2016, Double S Llama Ranch is a llama ranch located in West Texas just outside of Abilene, in Clyde Texas. Both Clark and Sonya were active duty with the United States Air Force for 25.5 years and were not able to own livestock until after their commitments to he USAF were fulfilled.  In the summer of 2016 Sonya’s sister moved from Florida to West Texas. On the ranch they purchased was an abandoned gelded llama her husband named “Steve the Llama”.  Steve lived most of his life a lone, a feral llama on a farm in West Texas. The sellers of the property told them the llama came with the property...my sister, brother in law, and mother had other plans and gifted Steve the Llama to Sonya.  The rest, so they say is history!  We have a variety of North American (and a Canadian) silky, medium, and moderately heavy wool crosses and are exploring adding a line of Classic llamas in the future. Our breeding program offers some of the most unique genetics in West Texas and we are proud of the foundation herd we have built. Our motto has been “from the strength of the industries past the DSLR future will be built”.  This motto has guided much of the purchases for our foundation herd, many of which came from well known, established llama breeders whose bloodlines track back to the very best in the Llama industry.  We are proud to have well named bloodlines in our animals. We are even prouder to have llamas with correct conformation, a good intelligent head, and a great temperament (yes, we appreciate brains and a gentle inquisitive personality). Unlike some farms, we do not push the top names if doing so would sacrifice conformation or temperament. We have carefully selected breeding stock which are solid and proven producers. Nearly all of our stock have been 'proven' before coming to our ranch and at least half of our females arrived settled.   We proudly offer llamas that are:     socialized   (Most will take treats from your hand)    trained to halter, lead, and load into a trailer  We proudly state that our word is our bond. We back our purchase contracts as written and offer continuous support and guidance to new owners. We also will proudly provide references of previous buyers and sellers we have conducted business with upon request.  We want happy homes with happy customers and llamas...we promise to work towards that end result.

Steve the Llama: Where it all began... 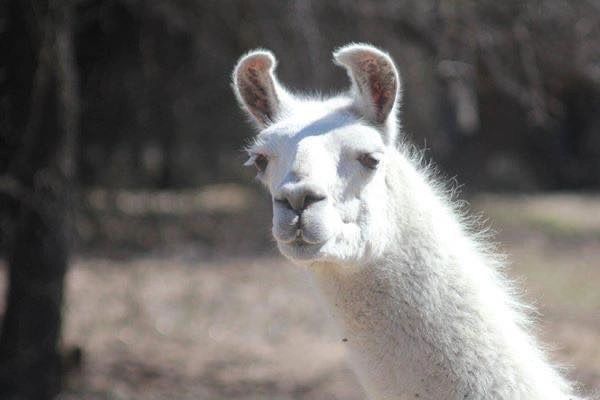